As of today, I have two weeks off teaching. I'd planned to have a better... well, plan for what to do with that time, but it really boils down to, "Get stuff done, and enjoy it."

The tree is in the house, awaiting decorations. Dev and I were going to decorate last Tuesday, but watched The Walking Dead instead. I really, really love the show for so many reasons. (But I found the episode "Live Bait" so disturbing on so many levels, I was glad when it was over.) Alas, we are now all caught up with available episodes and must await new ones in February. Thus the tree shall receive our belated attention.

I'm sure the Normal Folks would think it odd, at best, that zombie drama trumps holiday activities in this house.

So the Colorado trip was most awesome. We headed into the mountains to explore Morrison, Evergreen, and Golden. For Dev, the first highlight was exploring Red Rocks Amphitheater. The last one, on our last day, was Golden. He fell in love with the town on the spot. I was a mere half-spot behind. :)

I visited the North Pole (a kid-sized amusement park with a theme you can guess) with my nephews, cliff dwellings with my mother, and poked around Buckley Air Force Base with my dad. Dev spent a bunch of time with Grandpa, visiting air and space museums and learning to drive the car he will buy from Grandpa in the spring. And we all ate outstanding Lebanese food in a little place in Golden, and got to see my nephews perform in their Christmas musical.

The next time we come out, Dev and I plan to take a couple days on our own to do some hiking. We love sightseeing with my folks, but neither want to do the sort of trekking Dev and I want to do. And we're going to spend time around Colorado Springs, where there are a million and a half things to see and do.

Would I move there? Yeppers. Dev is still somewhat ambivalent, due in part to his inherent dislike of change, his age, and the lingering sense that moving is a bit like leaving his father behind. He isn't against the idea, and does indeed love Golden, but he isn't there yet. A good thing, really, since I can't move yet anyway.

Dev and my folks on the road to Red Rocks: Dev and my folks on the road to Red Rocks when I realized a car was speeding toward us: 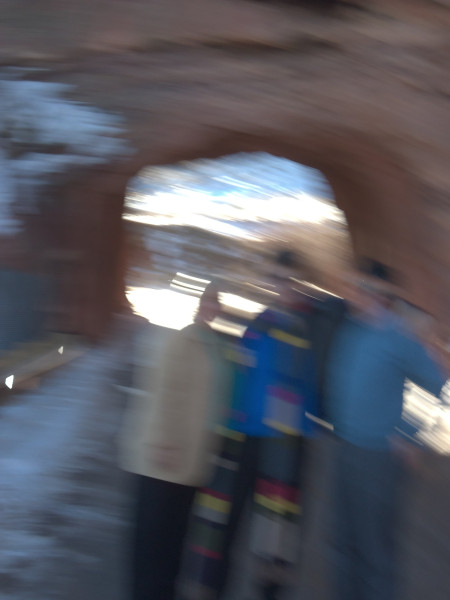 The view from cliff dwellings outside Colorado Springs: 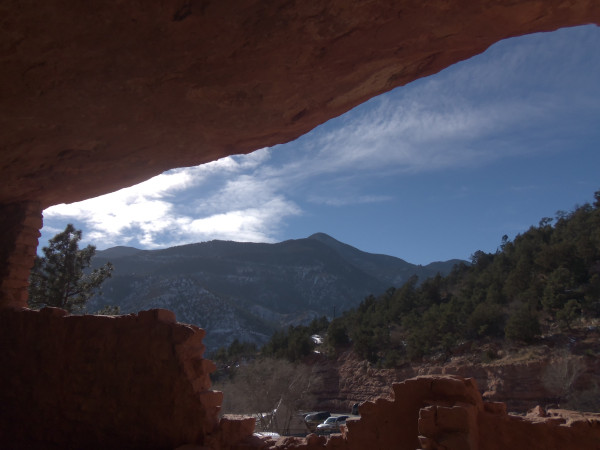 And lastly, Buckley Air Force Base in Denver, at sunset: 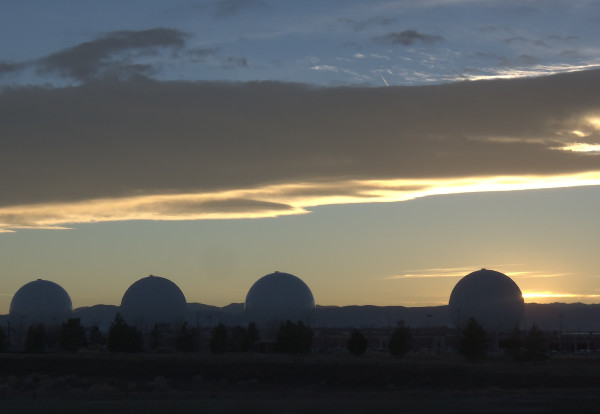